Less than 2 months later, I found myself to be the odd ball out as an American visiting Hiroshima, Japan.  My friend took me to the Hiroshima Peace Memorial Museum.  Wow.  Just wow.  In that short time span I was able to view both sides of the WWII Pacific front.  The Japanese people were extremely hospitable and welcoming and the knowledge and memories that I brought home still percolate in my mind.  The educational part of the Memorial Museum is presented similarly to Pearl Harbor – War is war and people do what they have to do in wartime.  Neither location presented an “us versus them” style mentality, which I give them both extreme credit.  The Memorial Museum is also dedicated to education on the full effects of the atomic bomb and the abolition of the technology.  The Mayor of Hiroshima writes a letter to world leaders each time nuclear testing is performed – encouraging them to cease and find alternate ways to demonstrate power.  They also have exhibits that show clothing, toys, medical records and more of citizens effected by the fallout and blast.  It’s mind-boggling.

A tribute to the A-Dome covered in letters from the mayor of Hiroshima to world leaders each time a nuclear test is done.

Outside the main Museum is the Peace Park.  It’s a beautiful, reflective area – people were very subdued and respectful.

Cenotaph for the A-bomb Victims; the eternal flame and the A-Dome. 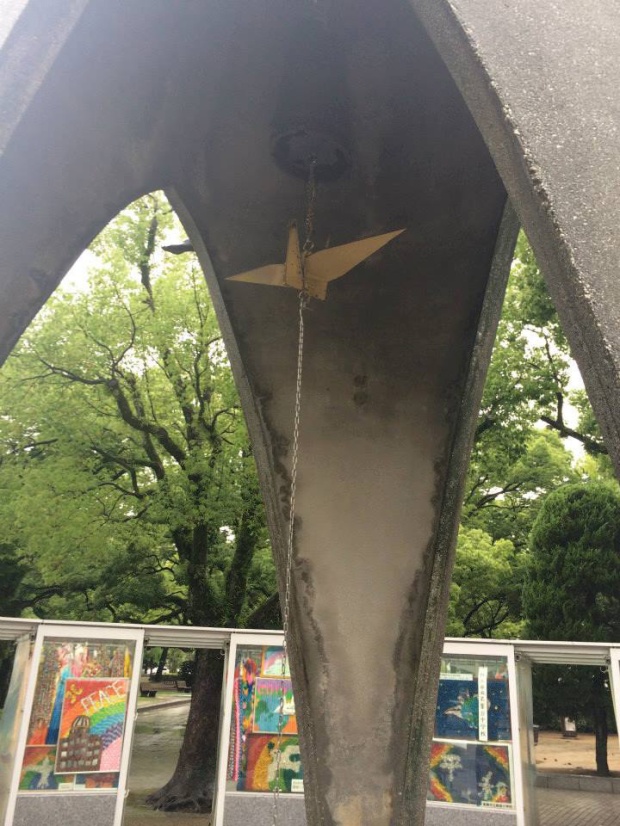 The children’s peace monument with thousands and thousands of paper cranes, which are sent from all over the world. 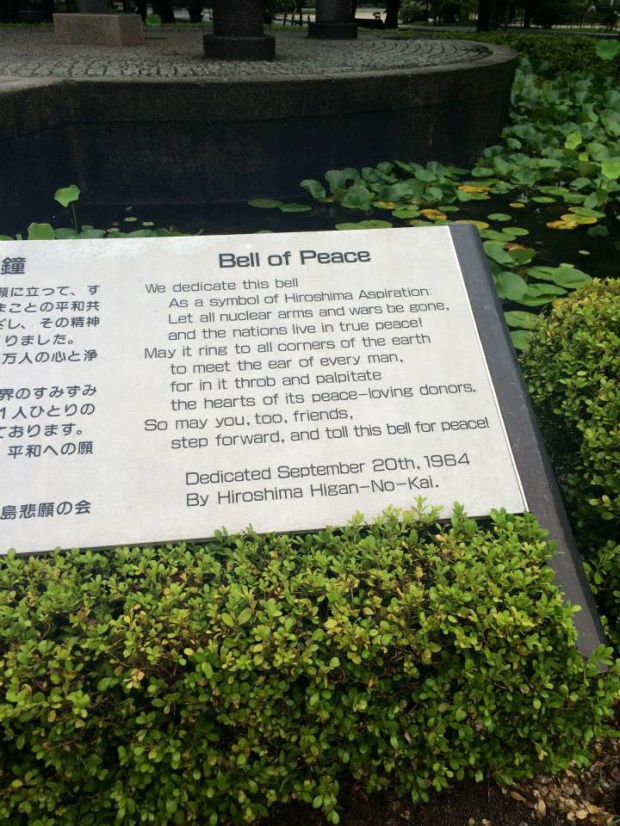 The Bell of Peace

A plaque commemorating the exact hypocenter.  It’s a powerful moment to stand there – I can’t imagine living and/or working there everyday.